Songs and Music of Scotland

The friends originally met through Fèis Dhùn Eideann (Edinburgh Feis) when they were asked to perform in some local schools to promote the upcoming week long Feis which they were both teaching at. In doing so realised how much they enjoyed working together so decided to form a duo. Since then they have continued to work with schools and have performed many concerts including playing for the BBC at the Edinburgh Festival[/vc_column_text][/vc_column][/vc_row][vc_row][vc_column width=”1/2″][vc_column_text] 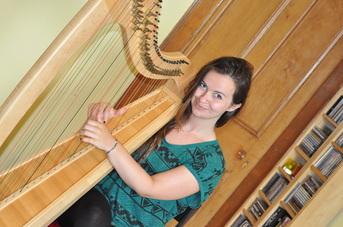 Originally from Bishopbriggs, Eilidh is currently studying Gaelic, Celtic Literature and French at Edinburgh University. Before this Eilidh attended Douglas Academy Music School for 6 years where she studied harp, voice and cello. She won the An Comunn Gàidhealach Gold Medal for Ladies Solo Singing at the National Mod in October 2013 and in 2014 was invited to perform a concert in Sydney organised by Comunn Gaidhlig Astralia (The Gaelic Society of Australia) 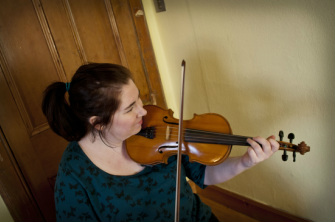 Eilidh is from Helensburgh, Argyllshire. She was awarded the Sir Jimmy Shand Scholarship to study a BA Honours degree in Scottish Music at the Royal Conservatoire of Scotland and since graduating has been working as a full time musician, composer and tutor. She has toured extensively abroad and has played at many high profile events including the opening concert of Celtic Connections festival, performed with actor/singer Ewan McGregor and has played for the Scottish First Minister. Eilidh plays as a duo with Mark Neal and is the Artistic Director of the Scots Fiddle Festival.